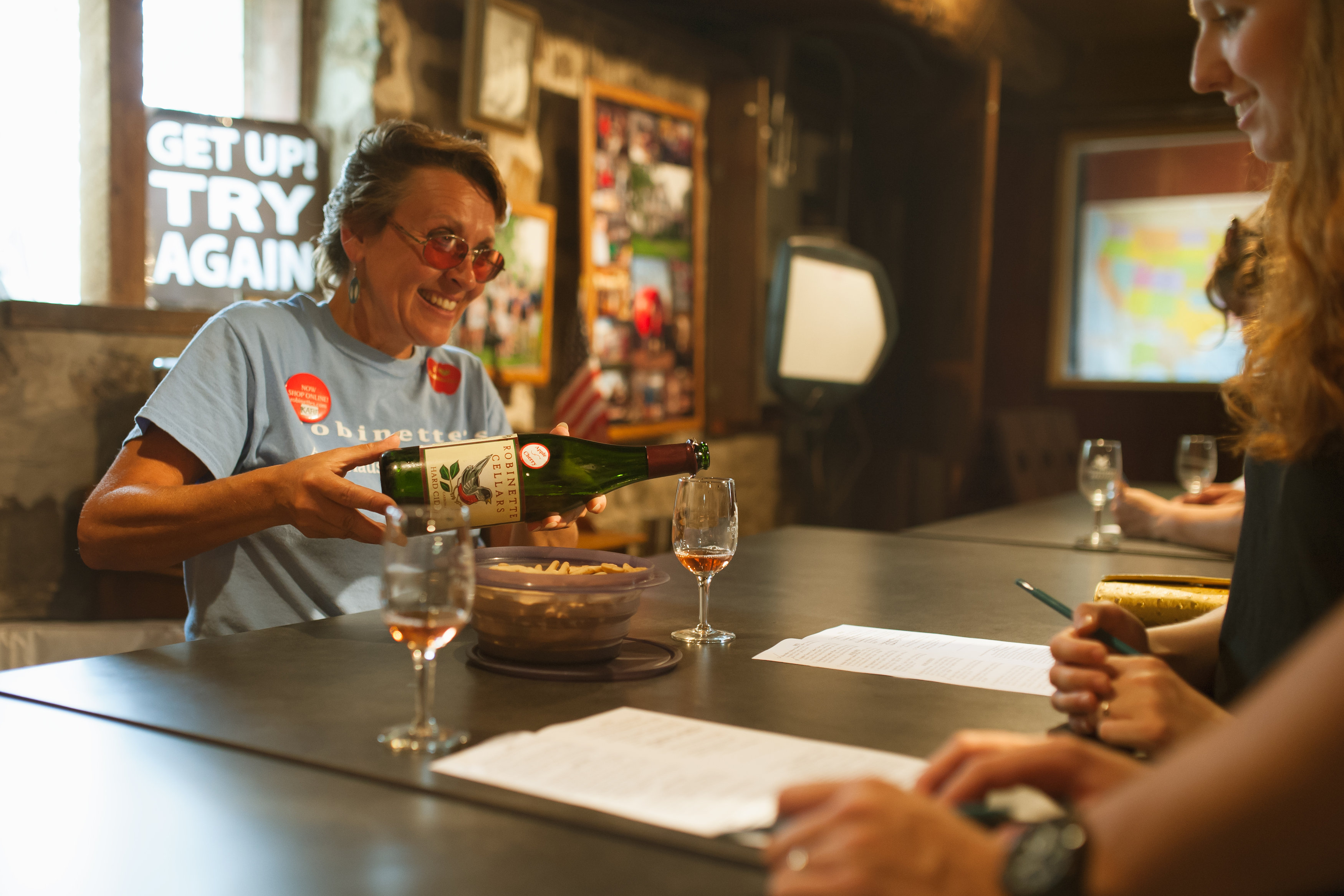 Robinette’s produces our own wine and hard cider, and began serving it to the public in January of 2006. Bill Robinette makes the cider and wine on site.  The first hard cider produced at Robinette’s is named Barzilla’s Brew for the founder of the Robinette farm, Barzilla Robinette. Barzilla always said, “Feel free NOT to name any of the children after me.” So we named our first wine after him!

We also sell CBD!  We have three different vendors:

Robinette’s offers several different hard ciders. The list varies by the season and availability. Some of our current and previous offerings include: Barzilla’s, Apple Cherry, and Hopped Cider. Stop in… Read More

We have more than 20 wines and ciders that are all Michigan-made for you to sample in the winery.  No reservations are needed for our tasting room.  Anytime the building… Read More